South Africa is undergoing load shedding at the moment. That means that for four hours at a time, electricity is switched off in a certain area. It is staggered so that yesterday it was 4 pm to 8 pm and today it is 8 am to 12.30 pm. Sitting in the dark with candles and torch light got me to thinking about the references to darkness and light in the bible. They didn’t have electricity in those days.

or “Neither do men light a candle and put it under a bushel, but on a candlestick….” (Math 5:15 KJV)    Of course the NIV translates a bushel as a bowl. Last night I lit a candle just so we could see what we were eating for dinner. I can’t imagine putting it under a bowl or tall vase.

But the verses my mind lingered on are from John 1.

“In him was life, and that life was the light of all mankind. The light shines in the darkness, and the darkness has not overcome it……..

“The true light that gives light to everyone was coming into the world. He was in the world, and though the world was made through him, the world did not recognize him. He came to that which was his own and his own did not receive him.” (John 1:4-5 and 9-11 NIV)

What particularly struck me was the contrast between the darkness and the world. The darkness had to submit to the light. It had no choice.  However the true light came to his own and his own did not receive him. They had a choice. They could accept him or reject him.

The choice is still there today. We can accept the Light of the World or reject him. Verse 12 tells us “Yet to all who did receive him, to those who believed in his name, he gave the right to become children of God…born of God.” 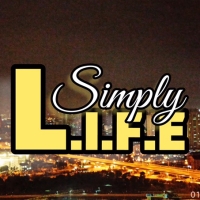