Sometimes the Lord orchestrates events so that looking back you can see His fingerprints. We are in the middle of such events.

Our adult children don’t go to the same church as we do. My husband is the son of a Methodist minister so for a long time we were all Methodists. My older son and daughter left first when they were late teenagers as the youth in the church dwindled. My husband and I joined a larger, non-denominational, missionary -orientated church more recently and our youngest son has linked up with the same young, relevant church as his sister.

I have been a helper at the recent Alpha course run by our church, Rosebank Union. I missed one Tuesday night when we went away during the school holidays to the warmer South Coast. The Monday evening we got back, my son’s car wouldn’t start. The battery was flat. He jump-started it to go to train a client and then had to have it jump-started on the way back again. On the Tuesday he decided it needed a good run so I suggested he take and fetch me from the Alpha course as it was a reasonable distance away.

While he was waiting to fetch me again, our group was chatting too much and going over time so we finished 15 minutes later than I had told him to fetch me. To pass the time, he read all the pamphlets in our church’s information stand. One of them was about upcoming missions, including one that caught his eye to a closed country to be involved with running winter sports and generally helping out the missionary couple that the church has recently sent there.

The upshot of it all, is that he is going on the mission. The organiser said he was an answer to prayer. He is the only male in a team of four and he is passionate about sport in general and is a sport scientist. The mission is in November which means that passports have to be quickly checked and applied for or renewed. My son had got his passport in 2002 to go on a cricket trip that year with his sports club and then used it again in 2004 for a school cricket tour to England. Theoretically it would have expired in 2012. However, when he checked, it turned out to be valid until 2019.

Then he remembered. We were robbed at gunpoint in 2009 when three men gained entrance to our property when we arrived home. They forced us to go into the house, disarm the alarm and open the safe. Among all the jewelry they stole were our three passports. We had to get replacements. That is why my son’s passport is still valid.   God can use even armed robbery for His purposes… and flat batteries.

This is not the end of the story. There are a number of obstacles to overcome. One is the fact that my son will probably have to take unpaid leave which means losing a third of his monthly salary. The other is the finance. He needs to find sponsors for the R20 000 that it will cost.. However, the God who left his fingerprints all over the previous events is not stopped by obstacles like these. We only have to look at the nativity story to realise that.

Think of the star. How many millions of years does it take to create a new star? Yet it appeared in the sky to people whose culture included interpretation of the heavens at exactly the right time.

Isn’t it interesting that Caesar Augustus chose exactly the right time to decree a census so that Mary would be sufficiently pregnant so the baby could be born in Bethlehem according to the prophecies? I could go on and on. Simeon was at the temple at the right time to see the new baby being dedicated. So many events had dovetailed according to Gods wonderful purpose.

Yet not all the events were good from a human point of view. Many baby boys were slaughtered. Because of Herod’s command, the young child, Jesus, had to flee to Egypt, again to fulfill prophesy. Sometimes things happen to us that are bad or even tragic.

God’s ways are often a mystery to us. Mostly we can’s see any good in the bad things that happen to us at the time. Often we can only look back in awe at what He has organised. Sometimes we might never see the purpose in our lifetime but I firmly believe “ that all things work together for good to them that love God, to them who are called according to his purpose.” Rom 8:28 (KJV) 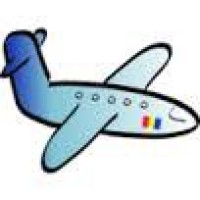